Top Priroryty – and how it came to the band 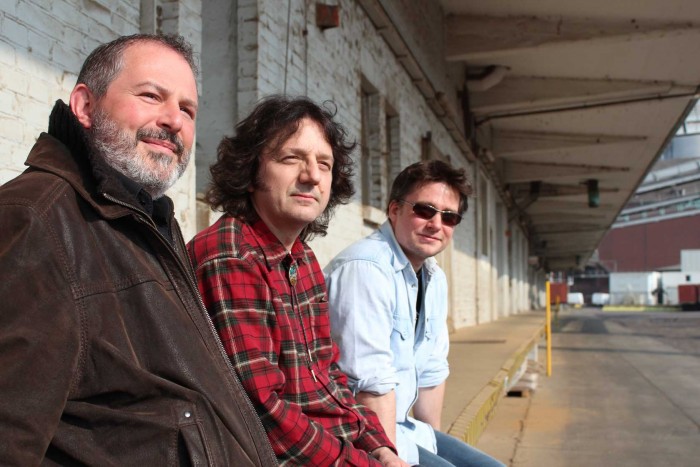 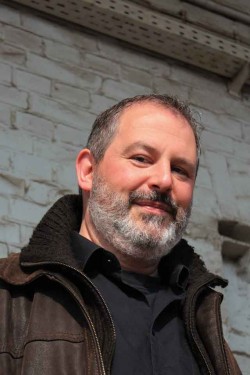 My first instrument was a simple acoustic. As a teenager I learned to play it, and soon I developed a certain love to express myself in singing and guitar playing. The direction for me was clear – Hard-Rock and Blues.
Very soon I played in a band with my schoolmates, and I got my first electric. A low-price Stratocaster copy. Since my schooldays I’m still playing in a little orchestra acoustic guitar.
Around 1990 I met Dirk. During that time he rehearsed Rory songs with his friend Achim who played the bass. Although I never heared something about Rory Gallagher till that point of time, I was really impressed of the music, and of the high performing level of the two of them. I really wanted to join in.
Since my schooldays I also tried to play the drums. As the position of guitar and singing was definetly occupied, I borrowed a drum-kit and we tried it together. Of course I had to learn a lot, but the three of us really loved our playing and finally I bought my own drums.
We played everywhere (rehearsed), from the cellar of Aunt Erna to fruit storages. Sadly we lost contact for a few years. During that time I concentrated myself mostly in playing guitar and singing with friends on parties and other occasions. The restart of drumming with Achim and Dirk was in the late 90’s, when we finally chose the name Top Priroryty for the band.
Since then we’re rocking together Rory’s music, and since 2008 Sven is our man on bass. 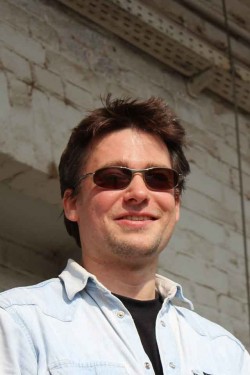 How I got to music…

I was born in 1980 as a single kid in Hamburg, Germany. In our house Music was played every once in a while and consisted mostly of ABBA-Recordings and an occasional Beatles-Song (mostly played by James Last’s Orchestra).
But that changed at the age of 11…
I helped my aunt to clear up her basement and inherited an old record player and two dusty cardboard-boxes stocked with old records.
Suddenly I was introduced to Deep Purple, Peter Green, Pink Floyd, AC/DC, CCR, Ted Nugent, Ray Charles, The James Gang, Genesis (with Peter Gabriel), Frank Zappa,
Elvis, The Beatles, Led Zeppelin, lots of Blues-Players… and last but not least to a certain Mr. Rory Gallagher.
After that I played Air-Guitar for a bit but changed to “The Real Deal” quite soon, as my parents bought me my first guitar – a Höfner acoustic (which is now battered but still plays fine…).
When I was 14 years old, I got my first electric guitar and started a band with a couple of friends from school… I’ve played in different bands ever since.

How I got to play in “Top Priroryty”…

Well, in 2008 Dirk – who I had known for some time and to be frank envied a little bit for his guitar-playing – called me one evenening and asked: “You have a bass-guitar, don’t you?” – I paused a little bit before I replied: ”Well, yes – why are you asking?”
“We have a little problem,” he said, “you know – we have a big open air-concert in 2 weeks and Achim (our good friend and former bass-player) got ill… he has to quit and he won’t play anymore. So, could you possibly step in – at least for this concert?”
At that very moment dozen of thoughts came to my mind, why I shouldn’t join the band (“I’m not good enough”; ”It’s in 2 weeks…”; “I’m first and foremost a guitar-player”; “Rory’s music is very complicated to play”; “…and by the way – It’s in 2 weeks”) but all I heard myself say was: “Yeah – OK, which songs are we going to play”?
After that dreadful telephone call it followed – what I call “The Rockpalast-DVD-marathon”. Long Story short… I couldn’t sleep for two weeks but the concert really was a blast. I stayed…and I have never regretted my decision.
Sadly I’ve never got the chance to see Rory live but I’ve seen/heard tons of live material and was always fascinated by Rory’s pure Power on Stage, his dedication to his music and on the other side how open and friendly he was to his audience – how he connects to them. It’s the same in interviews – he seems to be just the regular guy, no untouchable cool star but a very humble and kind-hearted person.
I think Brian May nailed it in an Interview, when he said: “Rory never kind of sought fame – in fact he almost sort of sidestepped it. He just loved his music and he loved his audience and that’s what it is all about.” 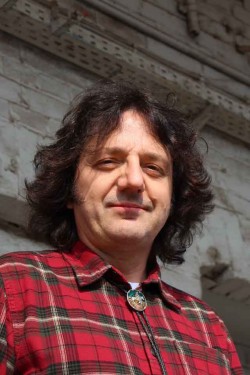 First of all, I have to say how glad I am to have such a band ! The fact, that Stephan and Sven are giving such a support and possibility to do it the way like we do, is something very special.
Both of them are great musicians who really love rockmusic and played and still play it also with other musicians. But they really got the same enthusiasm for Rory’s music as I have. My first contact with the name Rory Gallagher goes back to the year 1975. I was visiting my grandma in Neumünster (Northern Germany), and in the city I saw showposters of Rory, announcing him for a concert in this territory. This is still in my memory, because
I thought the name of him was so special. But I didn’t know anything about his music around that time.
Then in 1977, back to my parents house in Hamburg, on TV I saw the big European Broadcast of the first Rockpalast Night, which impressed my future musical live as nothing before. On that particular night I saw Rory, Little Feat and Roger McGuinn. Rory blew me away. He was authentic, a genius on the guitar, powerful, dynamic and loveable.
In the following years there was Rockpalast on TV, always was keen, even during the gaps, when the bands of the evening, changed their gear on stage, to see a reiteration of a song of Rory’s gig from ’77. Sometimes it worked !
Imagine, we did not have Video, DVD etc. – Of course I soaked all of Rory’s gigs the following years.
Since that days, I always tried to follow him in guitartechnical way- with more or less success.
I also get fond of his guitars and amps. Over the decades, I was able to purchase some of the amps and the guitars, which he also used, that I recognized while watching the shows. Oh yes, the shows! I was lucky to went to more than a dozen gigs of him.
Maybe one or another remembers the young man in the frontrow with his memo pad (paper)? As far as I was able in that pushing and shoving, I was noting everything: the order of the songs, wich guitar on wich song, capo or not, open tuning, where are his fingers at specific soli or riffs etc. (I still have have them). Weird or ?
Than after the show back home, sitting on the edge of my bed with a guitar in my hands, I tried to play everything that was still in my memory from that evening. During the years I played with several musicians Rory songs. With Stephan since the late 80’s early 90’s. In 2008 my former bassplayer Joachim left the band and Sven jumped in and saved very spontaneously a very important gig for us. Out of that gig, in front of ca. 800 in the audience, resulted a permanent stay as the bassplayer for Sven.
Since that, the three of us roam around and really love to share the joy of Rory’s music with others. Hopefully it worked till now. – your decision.
We really look forward to every gig and to see you, to dive into Rory’s music together.
See you !
Dirk Sven Stephan